My first night in San Francisco consisted of an interesting evening with my uni friend Tom’s uncle Stephen, who put me up in his room at a Buddhist centre. I was fascinated by Stephens life story that had started with 8 years training into the benadictine priesthood followed by moves into directing musicals, a stint as a philosophy lecturer, successful spell as a vacuum salesman before his current 12 year stay in the Buddhist centre. Stephen spoke fluent Latin and I could have asked him question after question until the cows came home. The following morning I helped him move his stall to the market on embarcadero where he was to spend the day selling birthday books and entertaining fellow stall holders with his impressive wagner renditions. Ash, a former band mate and close friend was waiting for me in the hire car lounge a little worse for wears from the night before, it was a joy to see his cheeky little grin and we shared a good cuddle and a fry up before cruising out of San Francisco en route to Yosemite in a sporty saloon with a trunk full of pickles, nachos, beer, chocolate milk, a bulging iPod and a week to play with. 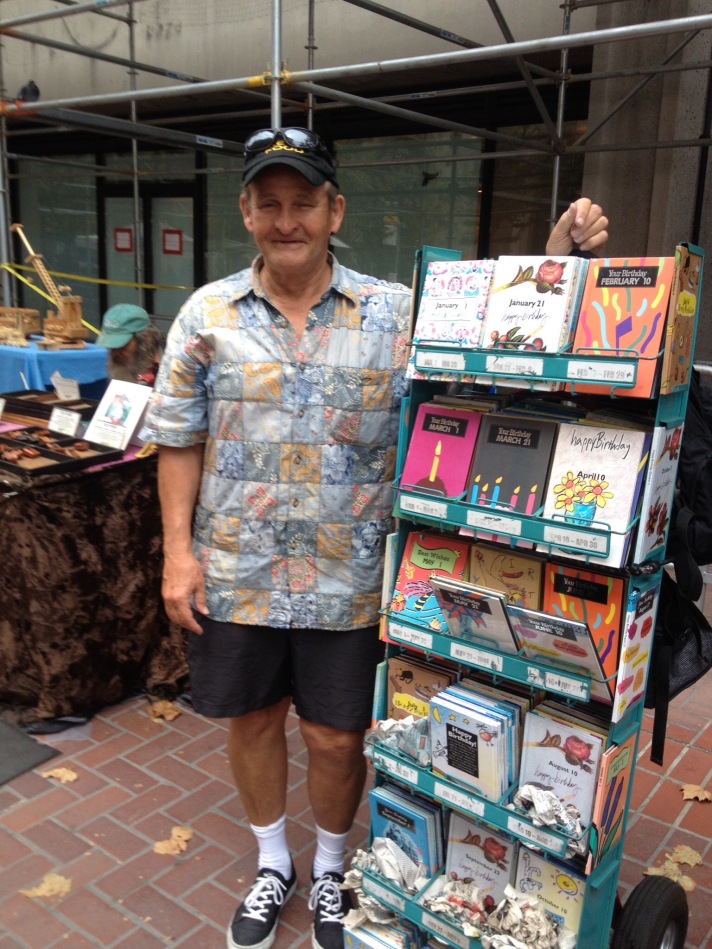 Ash had just passed his test but had not driven yet so he enthusiastically put his skills to the test, trying to drive an automatic, on the other side of the road, with prescription sunglasses in the night with no headlights, a truly entertaining start to our trip. Having spent so much time on the coast it made a welcome change to ride across the dry Californian interior, sleepy towns and expansive wine country. We caught up and gossiped away as we explored Yosemite, an incredible backdrop to our conversations. Winding down past El Capitan and then up to the snow capped glacier point the views were out of this world.

Exploring such an epic environment was an amazing way to reconnect with an old friend. We wound down across dusty central California again to the pinnacles national park, filled with bizarre rock formations, home to huge tarantula and then onto the coast where Santa Cruz was waiting. Looking for some kind of party I managed to find us some British bikers sharing our motel, we tried a trendy bar and then opted for the dive. Steinbeck country was up next, driving down the salinas valley, into Monterey and then Cannery row. No longer working areas, instead littered with facilities for the top echelons of society it was still exciting to have some kind of context to these books. I hugged a statue of Ed Rickets or ‘Doc’ , a personal hero from the book who’s character had made a big impression on me. Doc would tip his hats to the dogs he drove by and they would look up and smile at him.

Me and Ash spent time on the beach, a taste of the good life, sipping cocktails, watching dolphins and hit big sur for an epic drive high above the Pacific Coast before landing in LA, via quiet Carpinteria. With no map to show for we got well and truly lost, stopping for ice cream in Compton, which didn’t seem all a bad, trying to get our barings. We learnt the hard way that LA, often described as a city in itself is more a county composed of 20 cities, offering little in a sense of order to its bulging edges, completely dominated by enormous cars driven by single drivers. Ash put us up In Hollywood and we had a send off night out and recovery day on Venice beach, the supposedly artsy hang out before he flew back to the uk. A week of beds, motel breakfasts, an ass saving car seat and a good old friend added fuel to the tank. Since hearing about my trip Ash had been constantly enthusiastic, full of excitement and incredibly supportive so to be able to share a portion felt very fitting.

Back to San Francisco on the overnight greyhound bus I met up with Stephen again and explored the city a little more. The next day I headed out to try the same journey on two wheels, not many people get to take a road trip down big sur and I was getting to do it twice. I met Tamara who I’d bumped into a couple of weeks previous and we cycled together, coincidentally finding Jamie that evening, super excited to find a Wod of Gorgonzola in the food boxes. I’d also met Jamie a few weeks back with a bunch of Canadian bikers, this time he had found a couple of German lads, Jan and Til. We settled to an evening of stories and I recounted that whilst staying with Diana up on Denman Island in Canada a couple of months into my trip she had told me of two underprepared Germans she had let stay in her yard the night before and was slightly sceptical about their progress. They had wanted to stay longer but Diana thankfully moved them on to make room for me. She showed me a picture of the northern lights they had taken. As Jan and Til told me of their route and the accompanying photo’s the penny dropped and we payed homage to Diana’s homemade pasta, “so your the reason we got kicked out”!

It turned out some kids, we chose to believe were the same ones, tried to steal their bikes up in prince Rupert too. They were making a film about their trip and seemed as unprepared as Diana had suggested. I liked their approach of just giving it ago and seeing what happened. Most of the cyclists I had met were dressed up to the hilt had the latest gear, all planned and organised, somewhat professionals. Jan and Til however were winging it, laughing at their mistakes and learning on the way, I could relate to this and admired the adventurous side it showed. I liked their attitude that what they were doing was no big deal and a definite sense of European humility and self-deprecation, coupled with a love of beer and late mornings was refreshing.

We continued together as five and spent a great ten days or so, laughing and joking, playing the fool way too much and watching our mileage decrease every day. Despite a major water shortage this part of California was intensely farmed, the land worked almost entirely by Mexicans. Miles upon miles of fresh produce covered the land and many of the Mexican workers would wave or tip there hats as we passed. Five avocados for a buck, help yourself strawberries and 2 dollar wine, perfect summer riding sustenance. Big sur made for breathtaking riding and it was nice to be absent of schedule and take it easy, camping and eating on the beach. It was interesting to have a direct comparison to driving it the week previous. This was the firmest affirmation that there is something about travelling by bicycle that cannot be paralleled by taking an oil powered road trip. The involuntary stops, the smell of what’s growing around you and the intimate connection your environment, the people you are pushed to interact with and the places you sleep are so much more vivid when they are that little bit more out of your control.

Me and Tam took a rest after a breathtaking morning ride barley peddling courtesy of pacific tailwinds for coffee when an 80s Bmw e30 pulled up, a car I drive when it works back home. I approached the driver to approve of his wheels and he inquired about my journey, when I told him of my route he perked up and low and behold he had made the same trip ten years previous. On further inquiry it turned out his blog was one of two I had found documenting the same trip. Living in Brussels now he was on holiday in California, the chances of meeting him seemed greater than a lottery win and certainly felt a lot more special, it seemed these fortunate coincidences were characterising my trip and filled me with wonder.

After a good chunk of camping we fancied a night out together and intended to make it to San Louis obispo, a young town, for Halloween but stopping 40 miles short as the sun went down our chances looked slim. Jamie’s well practiced sweet talking came up trumps and we managed to hitch a ride with ever enthusiastic Tawny, who wouldn’t take any money and insisted all she wanted was for us to have a great time. The five of us some how managed to squeeze our way into the cab of the truck and dressed up in some pretty make shift Halloween costumes we had a whole lot of fun and woke up in a doorway our bikes 40 miles away. We spent the next day hitching our way the wrong way to the less than impressive and equally unwelcoming Templeton before young Matthew, an aspiring 17 year old musician came to the rescue and returned us to camp and our bikes. 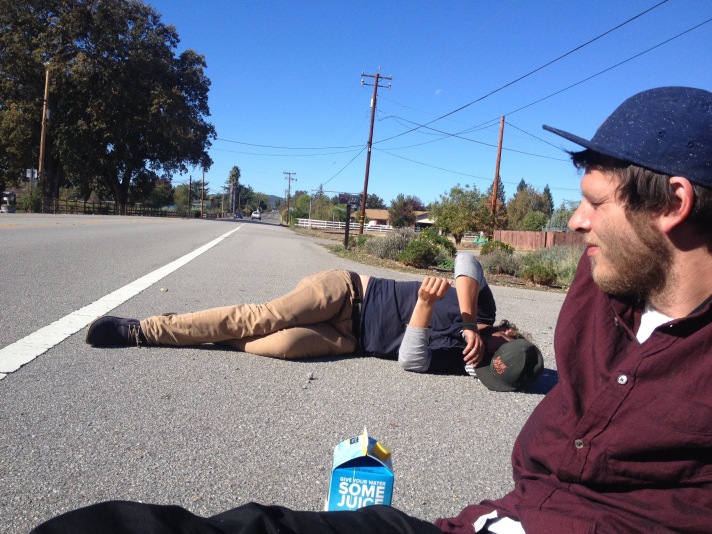 Tamara sadly left us a few days short of LA to celebrate her birthday and then head up to Utah to work her ski season. A typically understated leaving do consisted of seven eleven pizzas and trader joes rum before her friends came down from California to join camp before taking her home the next morning, leaving us a worryingly male group. Jamie, Til and Jans bike trips were coming to and end and motivation, bikes and resources were running tired. Jamie’s bike had been through Mexico and Easter Europe already on this trip and was falling apart, he did what he could with my spare tyre and some innovation. Til’s was audibly moaning with each pedal stroke and my tyres were booted with a dollar bill, getting punctures from anything, patching my tubes at least a couple of times a day. This kept throwing us off schedule, so we decided a Santa Barbara night out would be the cure, I scored a 2-1-bullseye in round the board darts in 3 throws, winning the drinks and leaving the Germans fuming. Til took his frustration out on the Santa Barbara nightlife and we left the smallest motel room imaginable in an unfortunate state. 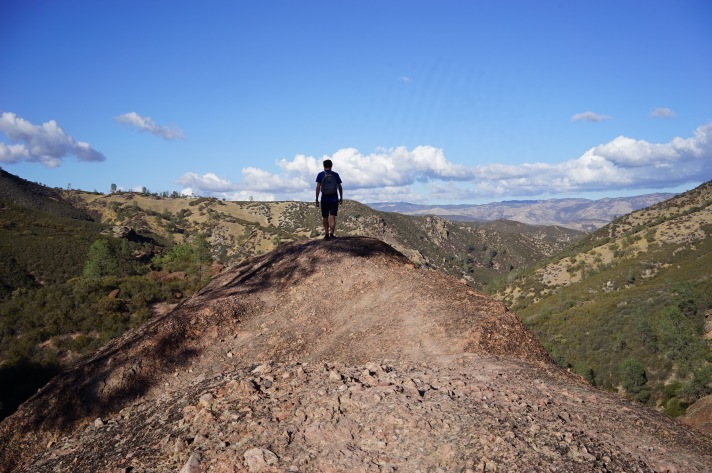 Our calamities continued as we ended up riding ten miles on the freeway in the dark, not the brightest idea, just to make ground. We hobbled into LA county in formation around Til’s bike which he strapped a speaker to as wounded ships surrounded by the unnecessarily fully clad opulent cycling brigade, who we couldn’t help but make fun of. After a heroic beer together on Malibu beach I left the others to find a place for the night, feeling kind of guilty that I would be staying in luxury, just a stones throw from  Zuma beach. We laughed at the rags to riches nature of our respective trips so far. It was hard to decide whether we felt like vagrants or heroes, from being invited into food banks to luxury we had never experienced before was definitely an entertaining way to live, I found it kind of confusing too.