Riding for three months, overwhelming generosity, new faces and friends everyday that would be left the next can take its toll after a while. To stop for a while, get to know a town in a more intimate way and make some connections and friendships that could develop seemed like a good idea. Coincidence drew its straw and the rose city fitted like a glove. 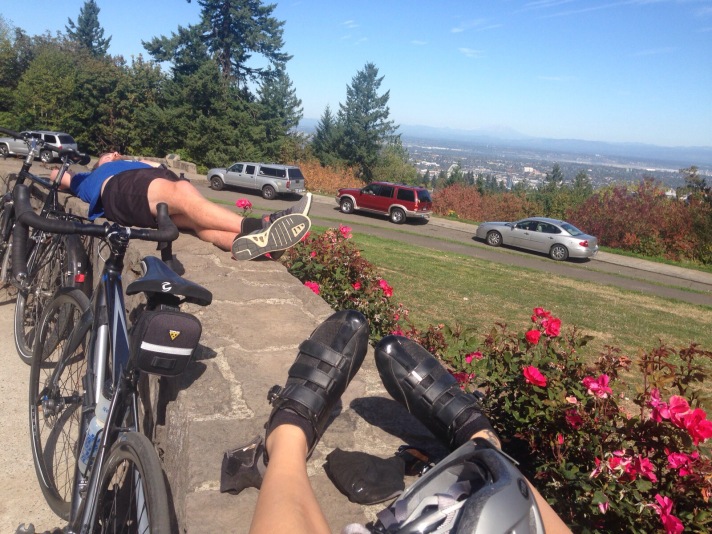 After a week to mull around in the summer heat and finish my dissertation me and Lisa spent a morning loading Jessie’s four runner with as much of what was deemed essential to useful in the desert that could be found. A haxayurt, a polystyrene structure cooler than a tent, that Jessie had been crafting was strapped to the roof and a bunch of old bikes hanging from the back. Burning man’s primary principle is that of radical self reliance. No one is allowed to buy or sell anything for the week, (the anomaly being ice) which means what you want to be guaranteed you must take, including 45 litres of water, food, drink, transport and ways to survive the desert. Gifting takes precedent over commerce and this is supposed to be without seek of reward, which to me seemed like a head in the clouds notion, as the thing that made the place so exciting was everyone’s efforts to out do each other in what they could offer. It hard to some up my experience of the festival so I will just say it was the most unique experience, some things need not be written about. A day could consist of waking up and raving in the desert, followed by laughter yoga,  a workshop on emotional shame,  being fed meat by a nun on your knees, getting hosed down from the desert dust in a human car wash, a 3 course meal with wine in a French restaurant and then exploring the art and riding round on the most absurd pyrotechnic art cars and ending up wherever, all accompanied with regular dust storms, which I swear have taken ten years off me. A huge banner strapped to a camp containing the phrase “the most free you will ever be” summed up the approach. I couldn’t quite get my head around the mix of unbridled American hedonism and soul searching, yet a party’s a party so when in Rome…

We headed back up through central Oregon via crater lake and a dip to shed of some dust before engine problems had us arrive back on a tow truck, the desert dust had taken its toll. A few days decompression and then i got lucky with work and started shaping some of the lovely Portland gardens with Andre, getting to spend 3 weeks in the fine gardens of Portland accompanied by hummingbirds as the fall set. Me and Andre became good friends and we bonded over music and anticon, food and moaning about modern day notions of progress. As a long time Portland resident Andre was worried about being priced out of such a rapidly growing city. He told me of the cuts to social services that had accompanied the gentrification, an all too familiar story in the Pacific Northwest. He was planning to find some farm land with some friends and distance himself from the system this way. This desire for self-sufficiency seemed like an unfortunate product of a loss a faith in the City that raised him and was not an uncommon ambition I had come across, independence over collective spirit. I could understand the origins of this apathy but I couldn’t help find it a little saddening. 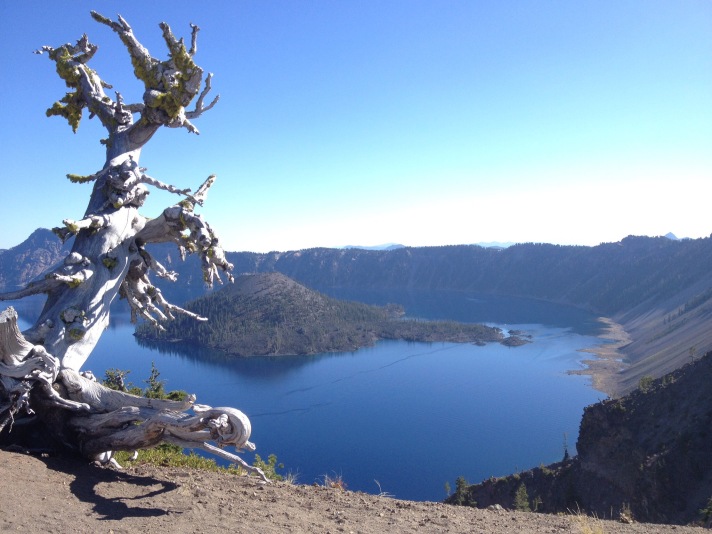 Still I was fan of Portland with its endless leafy streets, from council crest you could see across the city the peaks of St. Helens, Mt Adams, Mt Hood and Mt Rainer lined up across the horizon. I found people approachable and friendly, the slower pace giving people a little more to time to interact, or sit around drinking coffee all day. I bumped into a rather drunk chap one night whilst trying to get into American football, pledging my allegiance to Wisconsin’s Green Bay packers. On finding out I was a cyclist he instantly called his girlfriend to tell her he’d be home late that night. He insisted I had to experience the legendary Portland zoo bomb, that the BBC had covered in a documentary, I couldn’t turn down the offer and we shared a few beers and then hit the heights of Washington park. We arrived as the sun was setting to find 20 or so folk sitting around, shooting whisky and smoking as much pot as possible. Strangely they were head to toe in armour and had kids bike. The vibe being drink and smoke as much as you can before half ten and then speed down the steepest 3 mile hill, with the intention of coming off as hard as you could. I kept a safe distance behind and quietly chuckled at the carnage as pedal arms snapped off bikes and blood was drawn. This process went on until the early hours. Typical Portland!

I got to play some regular football which was a treat and a good opportunity to reframe my new friends perception of it as “the beautiful game” with relative success, managing to stifle games into a drawl of moving the ball across the back, it was nice to be able to share some heritage.

I made a great network of friends who really took me in, particularly Edwin and Lisa who welcomed me into their homes and we became really close. Weekends and Evenings were spent in hot tubs, by the river, cooking feasts, exploring the city, hiking, mushroom hunting, catching up on movies and I even took yoga classes to find that my legs only bend half as much as a class full of 40 year olds. My new friends treated me to pretty much a full week of goodbye parties. Feeling incredibly grateful and touched by their hospitality, company and stories I left with a lump in my throat as Alicia rode me out of town. Thank you Kate, Norbert, Abigail, London, Momma P, Edwin, Alicia, Jesse and Steph. It was an absolute pleasure. 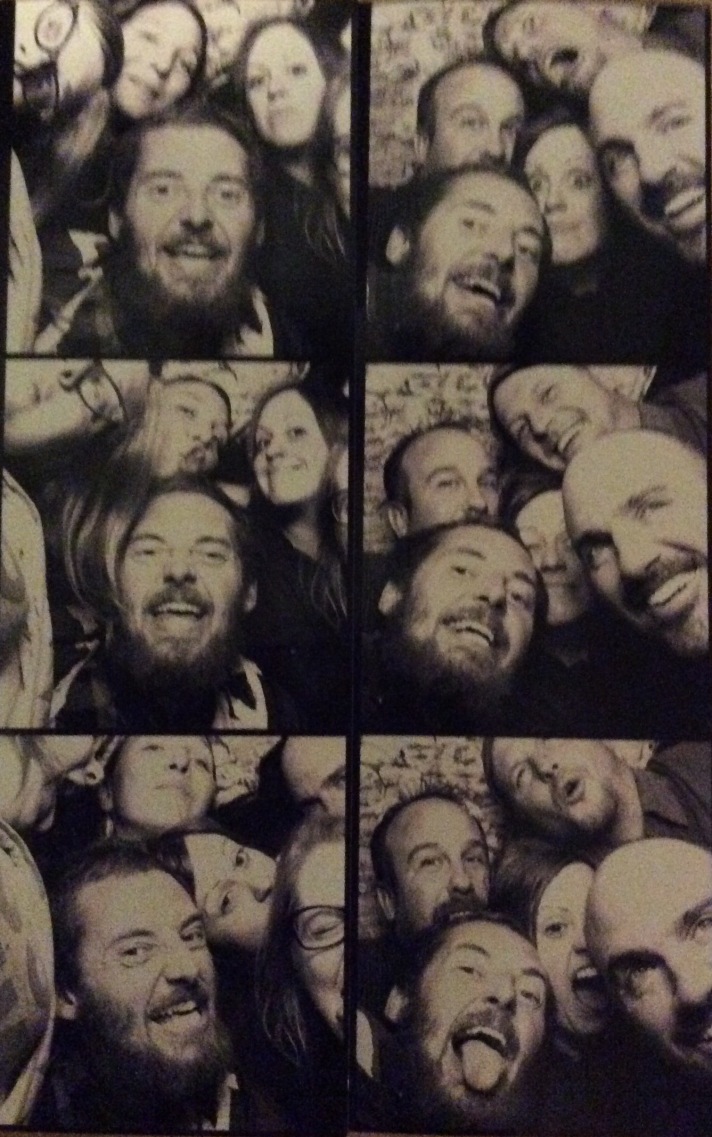 The fall was bedding in so it was time to get back on the bike and move south. Thousands of swifts were stopping by a local elementary school over night on their route south, the sky completely littered as they circled the school before hankering down for the night. Apparently it was a good time to watch whales on the coast too as 101 would parallel their journey towards warmer water.